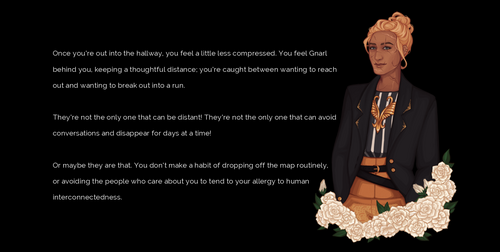 Let me know if you run into any bugs, or have any feedback. Once again, sound-free because I just do not have the time to wrangle all of that as well. To keep things balanced I removed the sound from Valerian as well.

I don't have a fancy survey like I did for Valerian— I might later, so keep an eye on my tumblr. I'll post it here too but it'll probably go up on Tumblr first.

Out of the fire and into the flame.